By 1850, he has become messianic John Brown, with full beard, fire in his eyes, and the belief that violence alone has become the only path left to abolishing slavery.

During the 1856 armed conflict in Kansas between pro- and anti-slavery forces, Brown and four of his sons slaughter five hostiles with broadswords at Pottawatomie Creek and escape punishment. 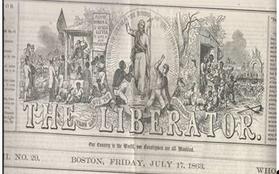 In 1859, Brown returns east and concocts a plot to lead a slave rebellion in Virginia. It is backed by a “Secret Six” cabal of abolitionists, including the philanthropist, Gerrit Smit. 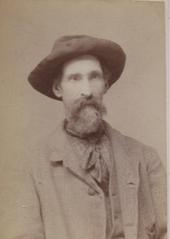 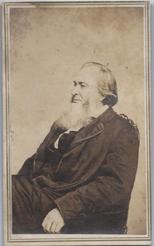 Like Douglass and Garrison and other true Abolitionists, Brown believes that blacks can eventually be assimilated into American society, a view overwhelmingly rejected by most whites.

John Brown’s stern Calvinist upbringing and hardscrabble early life leaves him searching for “God’s plan” which will give meaning to his life. 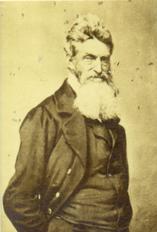 Brown recruits a band of 21 men to seize the US Armory at Harper’s Ferry, Va. Among their weapons are Beecher’s Bibles,” rifles supplied by abolitionist minister, Henry Ward Beecher.

He is also influenced by Sojourner Truth, a run-away slave and lecturer, who devotes her life to setting up the “underground railroad.” Brown calls her “General Tubman.

Brown’s commitment to abolition grows in 1847 when he meets Frederick Douglass, its most famous black advocate. 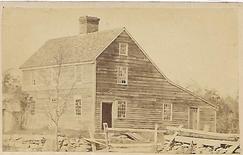 After Congress passes the harsh Anti-Fugitive Slave act in 1850, Brown sets up a “railroad Station” of his own, in a cabin at Nebraska City, just north of Kansas. 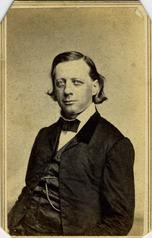 In his 30’s, Brown begins to read Lloyd Garrison’s abolitionist newspaper, The Liberator, and finds his cause in 1837 after the anti-slavery journalist, Elijah Lovejoy, is murdered in Alton, Illinois. 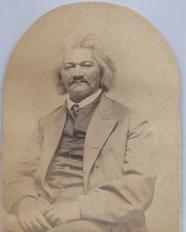 At age twelve, he witnesses a shocking act --“a black boy being beaten with shovels” – that turns him forever against the sin of slavery.