After cursory negotiations fail, Lee overwhelms the fort, leaving 10 raiders dead including two of Brown’s sons. Brown himself is wounded, captured and sent to Charles Town for trial.

John Brown is quickly sentenced to death for treason, and is hanged. But his final message will prove prophetic: “the crimes of this guilty land will never be purged away but with blood.” 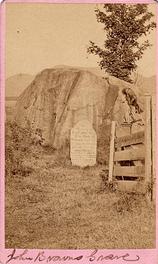 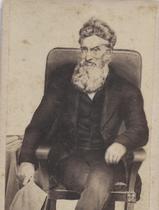 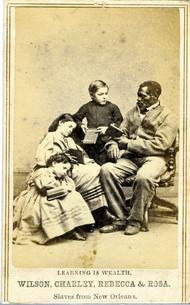 Ironically, among the witnesses to Brown’s execution on December 2 is the actor and fierce fierce Southern sympathizer, John Wilkes Booth. 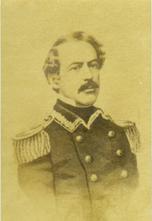 On October 17, President James Buchanan orders army Colonel Robert E. Lee and 88 Marines to march to Harper’s Ferry and retake the armory from Brown and his men. 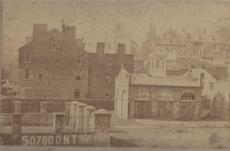 John Brown’s violent acts on behalf of freeing the slaves will soon be overshadowed by the four year Civil War he predicts. But in the end his lifelong cause – abolition – is fulfilled.

On the night of October 16, 1859, Brown sneaks into town and gains control of the armory. But before they can escape with the stored weapons, the arsenal is surrounded by armed townspeople and militia who trap them inside. 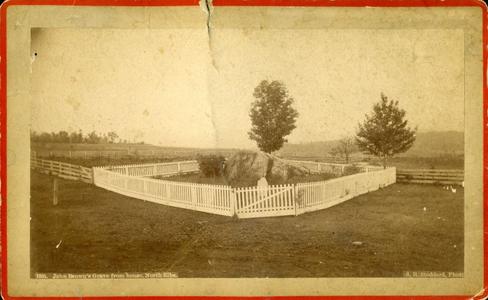 While John Brown is forever reviled across the South, he is hailed in the North for his raid. His body is laid to rest in North Elba, New York, where he came in 1849 to set up a black commune funded by Gerrit Smith. At this site, the popular song says “John Brown’s body lies a-mouldering in the grave.”