In November 1842, the 33 year old Lincoln weds Mary Todd, daughter of a wealthy Kentucky family, who is ten years his junior. They will have four sons together, two of whom die as small children, and will remain married for 22 years, until his death in 1865.

He moves to Springfield, Illinois in 1837 and begins to practice with John Stuart. After the murder of abolitionist Elijah Lovejoy in nearby Alton, he calls for “law and order” in a political speech to the local Lyceum. Over the next five years he “travels the circuit” and becomes a very well-known and successful lawyer.

In 1830, age 21, he moves with his family to New Salem, Illinois, where he becomes very popular in the community. He is known as the tallest, strongest, funniest and smartest man in town.

In 1832 Abe serves briefly in the Blackhawk War, without seeing combat. After returning home and losing an election for the Illinois General Assembly, he tries his hand at a host of occupations: carpenter, store clerk, merchant, postmaster, blacksmith and surveyor. 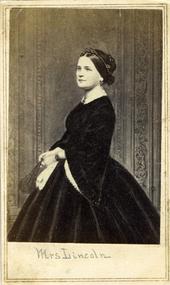 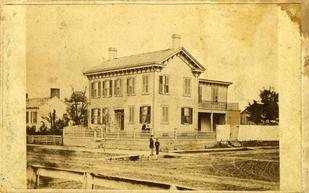 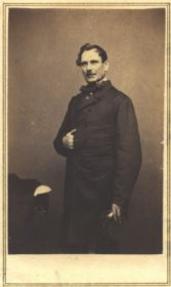 In his youth, Lincoln witnesses slavery first hand on boats heading down the Mississippi to New Orleans. He decides at the time that the practice is morally wrong.

Abraham Lincoln is born on February 12, 1809, in Hodgenville, Ky. His family moves to Indiana, where his mother dies in 1818.  After that, he is raised by his devoted step mother, Sarah, who helps educate him. 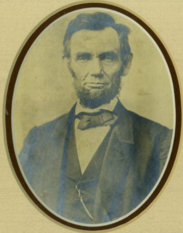 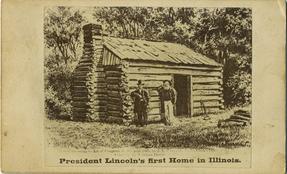 In 1842 Lincoln is challenged to a duel by James Shields, a Democrat politician, who claims he has been slandered. Abe opts for broadswords, and the two men arrive at the field, where seconds convince them to shake hands and depart peacefully.