Wilson Chinn is about 60 years old, he was “raised” by Isaac Howard of Woodford County, Kentucky. When 21 years old he was taken down the river and sold to Volsey B. Marmillion, a sugar planter about 45 miles above New Orleans. This man was accustomed to brand his negroes, and Wilson has on his forehead the letters “V. B. M.” Of the 210 slaves on this plantation 105 left at one time and came into the Union camp. Thirty of them had been branded like cattle with a hot iron, four of them on the forehead, and the others on the breast or arm.

“Few people will forget the impressions made upon them by the first sight of a slave – a being created in the image of God, yet the bona fide property of his fellow man.” 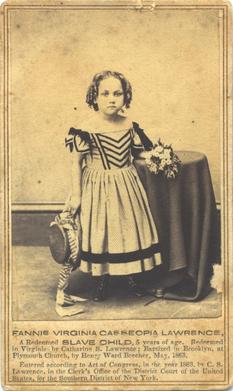 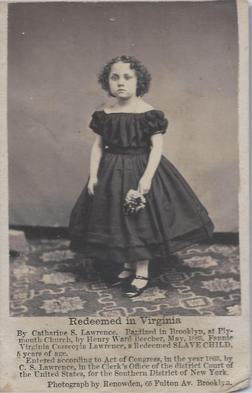 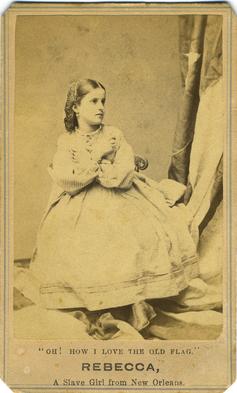 Among other shots in the series are moving images of the freed children. 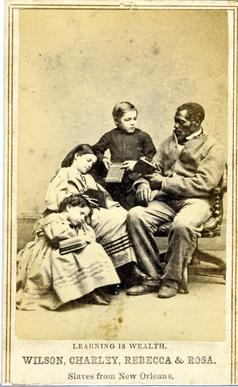 This iconic photograph of Mr. Wilson Chinn shows him displaying a range of the “torture instruments” he experienced during his years as a slave. Across his forehead are the initials “VBM,” branded there by his last master. Around his neck is a metal collar designed to infringe on his ability to rest his head. A leg brace prohibits the ability to bend his knee. His ankle is shackled, and a whipping paddle rests to the side of his right foot.

This riveting image was first published in a popular American journal, Harper’s Weekly, on June 30, 1864. The accompanying article profiles Chinn’s history as follows:

Chinn wins his freedom in the spring of 1862, when New Orleans falls to US naval forces under the command of David Farragut and David Porter, and is occupied by the Union.

He is soon brought North, along with seven other ex-slaves, under the auspices of two abolitionist organizations, the American Missionary Association and the National Freedman’s Association. In conjunction with General Nathaniel Banks, they decide to mount a publicity campaign to raise funds for educating freed blacks in the Gulf region.

To help humanize the plight of the slaves, they look to the growing American fascination with photography, initiated here in costly one-of-a-kind daguerreotypes in the 1840’s, and popularized in the 1850’s by less expensive and easily reproduced paper images, called carte de visite.

These “calling cards” or cdv's have become omnipresent in American culture in December 1863 when Chinn and his companions pose for a series of photographs taken in New York by Myron H. Kimball and Charles Paxson, and in Philadelphia by J.E. McClees. As shown, all shots are entered at the Clerk’s office, for copyright purposes.

Wilson Chinn appears again in several of these other photographs, including one that shows him reading to several other ex-slave children. 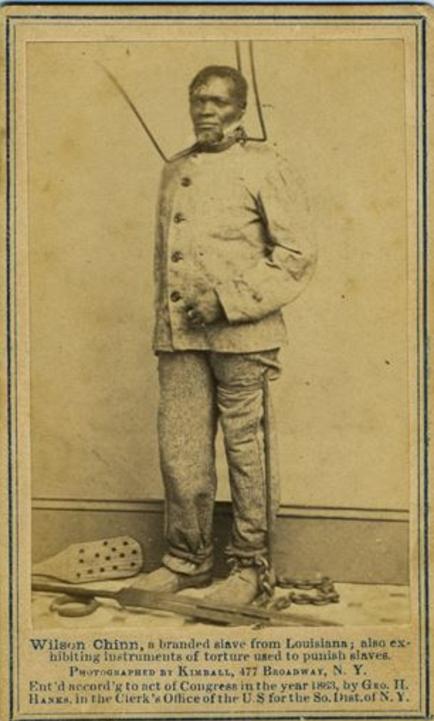