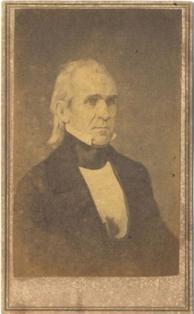 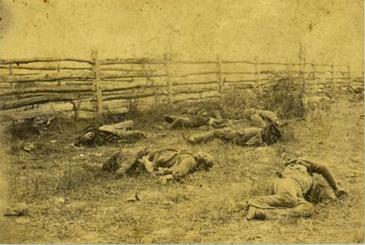 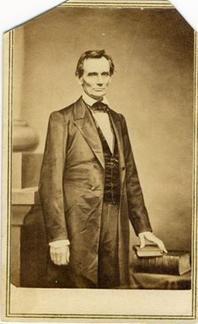 Mathew Brady’s financial fortunes deteriorate after the war. The $12,000 he typically clears  from his Washington Gallery is more than cut in half, and he closes it down in 1873, soon after declaring bankruptcy. To right his ship, he tries to sell his collection of some 6,000 photographs,  claiming to have spent $100,000 on it. One potential buyer, The New York Historical Society, recognizes not only the importance of the collection, but its full breadth:

Not only the likeness of eminents men & women, but views of streets,

almost everything which can be photographed

But the Society cannot come up with the cash, so Brady looks to the US Government as a potential buyer. An appropriations bill to acquire the collection passes in 1875, but for only $25,000. This is enough, however to revive his business. By the end of the year he re-opens his DC gallery and manages to keep it afloat until 1881, when it closes for good.

For the last fifteen years of his life, Brady will continue with his passion, including one last major effort. In 1888 he and his nephew shoot over 500 photographs of members of the 50th Congress, along with his “last President,” Grover Cleveland, his entire cabinet and the Supreme Court.

But his personal life is faltering. In 1887, he loses his wife of 36 years, Julia, reduced to working in her old age as a lady housekeeper. In 1894 he is struck by a carriage while walking in DC, and his broken left ankle never heals properly. The next year he is back in New York, where his weekly rent is paid for by a Catholic priest. Further charity is extended by members of the old New York Seventh Regiment, who invite him to present a magic lantern show at a benefit in his name. But his body gives out before the event, and he dies on January 15, 1896.

Fortunately for future historians, Brady’s legacy – some 6,000 extant images out of what may have totaled 10,000 or more – exist to this day at the US National Archives and the Library of Congress, with the latter still offering for sale prints made from Brady’s original glass plates.

During this same trip, he adds future presidents, Zachary Taylor and Millard Fillmore, along with the dying senate giant, John C. Calhoun, and the entire Supreme Court, including Roger Taney.

He also begins to experiment with new technical advances, first mastering ambrotypes and tintypes, and then transitioning into the paper images known as Cartes de Visite, or “visiting cards,” given one of their common uses at the time.

From about 1850 onward, Brady is closely aligned with brothers, Edward and Henry T Anthony, whose factory at the Harlem RR Depot makes them the leading producer of photographic supplies. In exchange for the equipment he needs, Brady deliver his CDV’s to the Antony’s to distribute and sell. In turn, E&HT Anthony also becomes the leading outlet for selling the cards to the public.

With business booming in 1856, Brady hires a Scottish photographer, Alexander Gardner, an expert in both camera work and finance, who will stay on for six years, and then break away in 1862 to form his own company.

As America lurches toward secession, Brady’s way with politicians pays off again. In February of 1860 he captures a beardless Abraham Lincoln in advance of his milestone campaign address at the Cooper Union in NYC. Awareness of the candidate will be greatly advanced by a subsequent  woodcut engraving which appears in Harper’s Weekly magazine and in lithographs distributed by Currier and Ives. Lincoln will not forget the windfall publicity he receives from the photograph and will repay the debt with many future sittings for Brady.

Once the war becomes inevitable, demand spikes again, this time centered on would be soldiers and their relatives seeking to immortalize themselves in a photograph before the risks of battle.

When the real fighting begins, Brady travels in person to one battle in progress, First Manassas, but the Union route leaves him with but a single image, that of himself, in a long white duster, taken upon returning to his DC studio. From then on, he will occasionally insert himself in future photographs, demonstrating that “Brady was there.” But the vast majority of his war coverage will be handled by an army of his roving field photographers, known as “Brady men.”

They trek across the countryside with the army in wagons loaded with bulky cameras, glass plates, noxious chemicals and the heavy shrouds needed to insure the necessary “darkroom conditions.” Because the camera exposures require 10-15 seconds of stillness on the part of the subjects, shooting live action is impossible. Instead the photographer corps aims to begin its work as soon as the action ends.

Perhaps the most dramatic and impactful images of the entire war are captured in the 100+ photos taken by Gardner and Gibson from September 19-22 at Antietam, just after the single bloodiest day in America’s military history, marked by some 23,000 casualties. By early October, Brady has marketed these photos to a fascinated public, both through his studios, and woodcuts in various newspapers and magazines.

It is owing to Mathew Brady’s fascination in 1839 with the new art form of photography that we are able today to see with our own eyes what antebellum America looked like, and to connect with many of the famous and the forgotten soldiers and politicians and everyday people who lived between 1840 and 1895.

Before Brady is a cameraman, he is an aspiring artist, studying at age sixteen  under the portrait painter, William Page, in the Revolutionary War town of Saratoga, New York, where he has gone for treatment of the chronic eye problems that will plague him throughout his life.

Brady’s parents are immigrants, and the youth settles comfortably in a town boasting a large Irish neighborhood known as “Dublin.” His mentor, Page, is a mere eleven years his senior, but will go on to prominence by capturing in oil the likes of President JQ Adams and Governor William Marcy. In 1839 Brady travels to Manhattan to visit Page’s studio, where he meets Samuel FB Morse.

Morse is 48 years old at the time, a Yale graduate, who earns fame early in life as a portrait painter, before going on to invent the telegraph machine and the transmittal code that bears his name. In 1839 he is just back from Paris, where he has met with Louis Daguerre and committed himself to perfecting the Frenchman’s new form of art, christened “light painting.” In turn, Morse introduces the daguerrian processes to Brady.

From then on, Brady’s life revolves around photography. He begins by manufacturing leather case holders for dagauerrian glass images, but soon shifts to shooting the photos himself. In April 1844 he opens his first studio on the top two floors of a building at 205 Broadway, in lower Manhattan. He names it The New York Miniature Daguerrian Gallery, and it is an almost overnight success.

His photos are taken on a top floor stage, which is filled with natural sunlight from glass skylights in the ceiling. Most of the actual camera work and processing is done by employees, while Brady focuses on drumming up customers, greeting and reassuring them at the door, then posing them in front of the proper backgrounds at the right angles, to achieve the dramatic effects desired.

He quickly concludes that his life’s work will lie in using his camera to record American history, and that he will do so by capturing indelible live portraits of the movers and shakers of his era. Many of his early subjects are found up and down Broadway, already known as the cosmopolitan center of the nation. Once he encounters a choice target, the lure lies in a free photo session, with one shot retained by Brady to display at his storefront, on what he calls his “Hall of Fame.”

He also exhibits his genius as a marketer. He places ads for his studio in the local newspapers;, mounts a sizable “billboard-like sign” at 205 Broadway across from PT Barnum’s wildly popular American Museum; and enters his work in leading exhibitions throughout the city. His images quickly earn a reputation as the finest available, a reflection on his many technical refinements.

In 1849, Brady concludes that he must open a studio in Washington to corner the political leaders for his history work. Two weeks before Inauguration Day that year he lands the first of the 18 Presidents he will record – James Knox Polk of Tennessee.

Dead Confederates along the Hagerston Pike at Antietam

General Lee with his Eldest Son 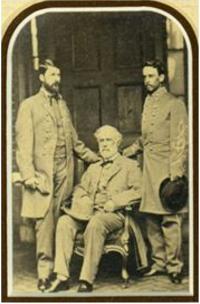 Alexander Gardner splits off from Brady and opens his own studio in May 1863, taking with him many of Brady’s most trusted field cameramen. This hampers, but doesn’t deter Brady from carrying on his coverage of the war – which concludes with his six iconic images of General Robert E. Lee, taken in Richmond on Easter Sunday, April 16, one week after the Appomatox surrender, and two days after Lincoln is assassinated. 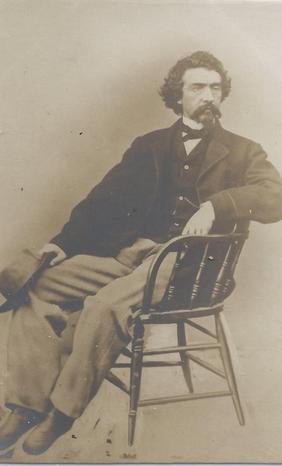