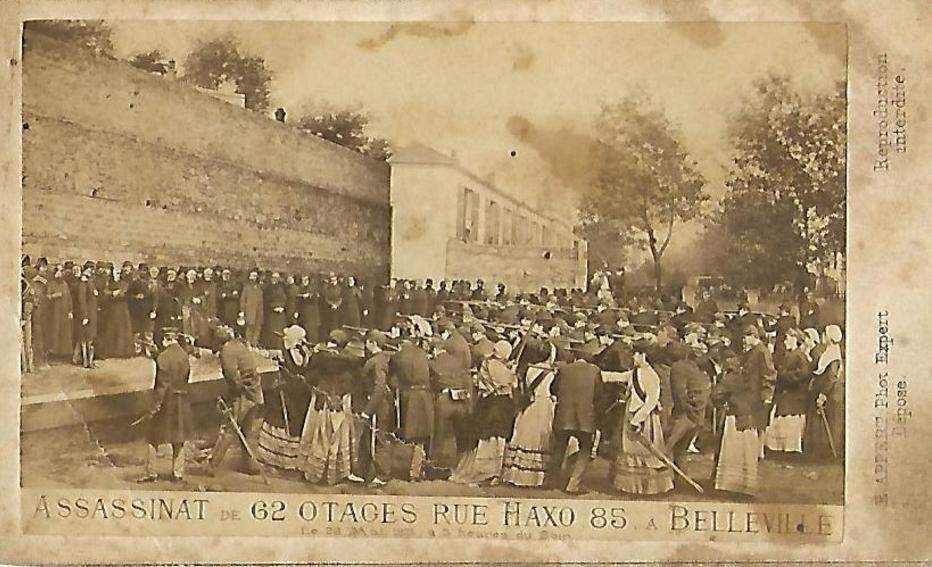 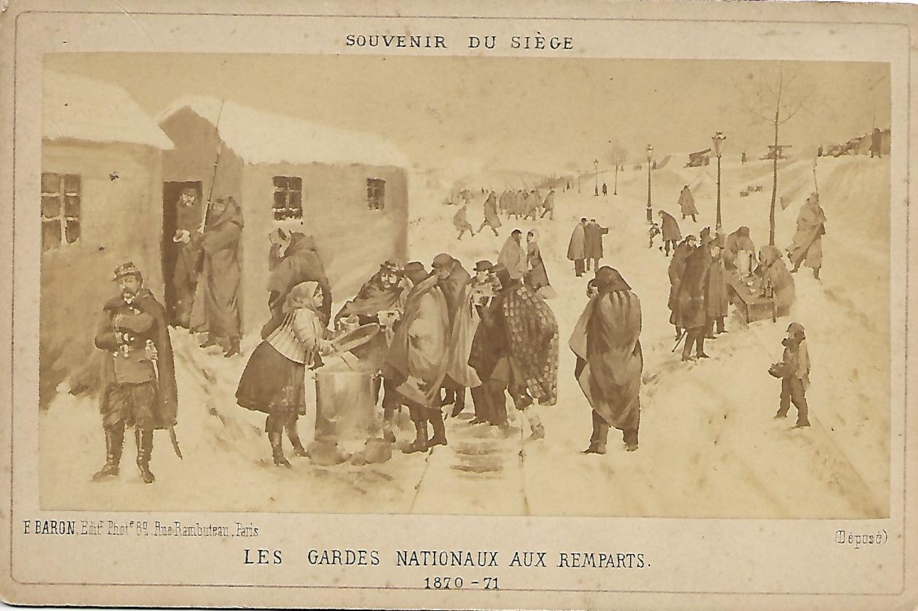 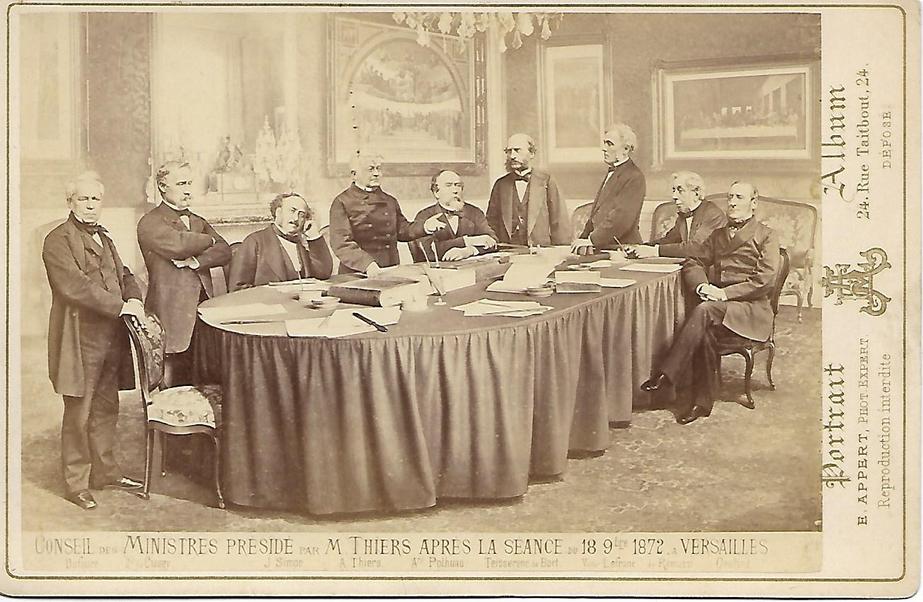 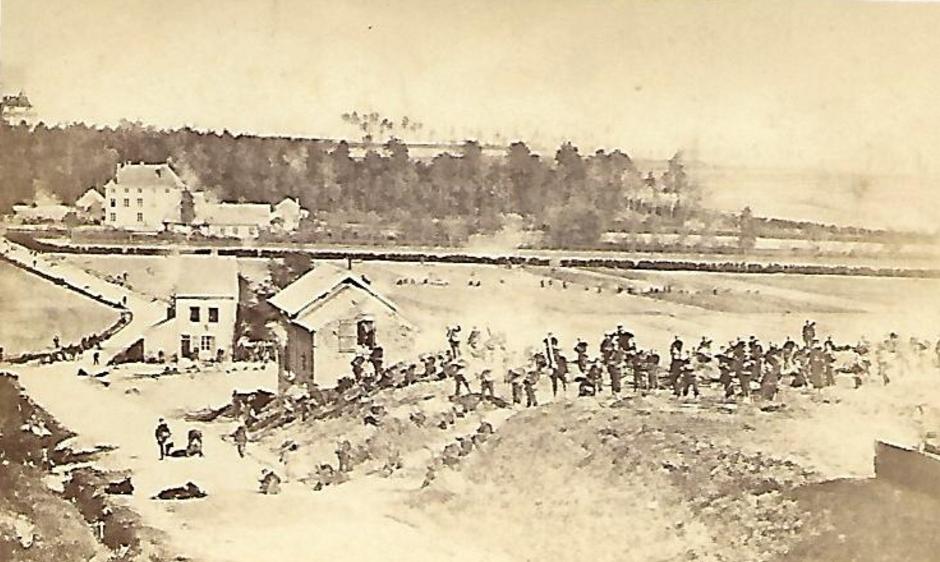 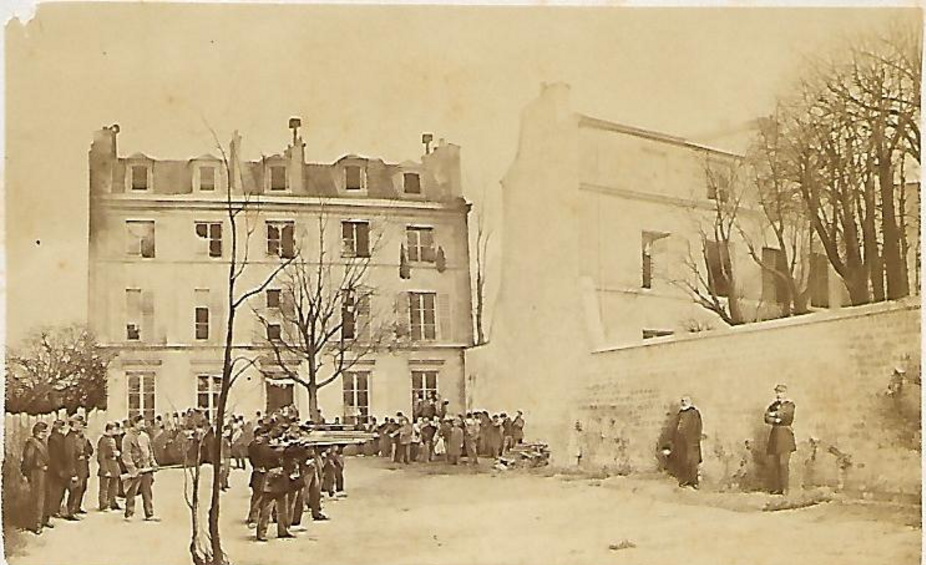 ​After defeat in the 1871 Franco-Prussian War and the fall of Maximillian I, socialists and anarchists establish the Paris Commune under Louis Blanqui to take control of the nation. Is lasts for nine days, from May 18-27, 1871, and Marx calls it “the dictatorship of the proletariat.” On May 26 the rebels they kill 62 hostages at 85 Haxo in the Belleville district, including 34 gendarmes and 11 Jesuits priests 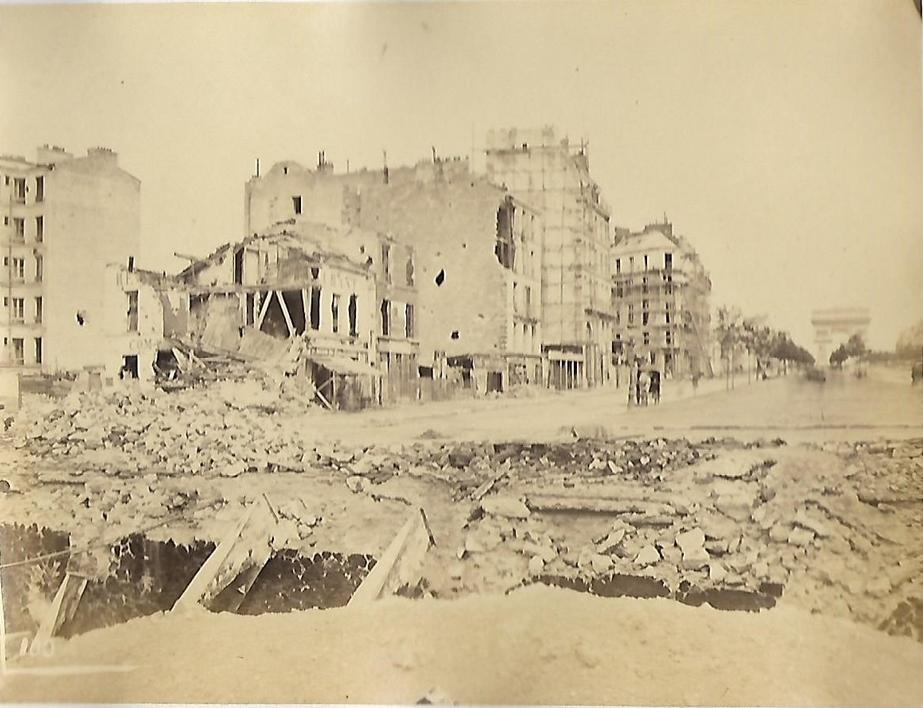 Souvenir drawing of a war scene

Fighting at the town La Moncelle on September 2, 1870 during the pivotal Battle of Sedan, which effectively ends the Franco-Prussian War. Led by von Moltke the Elder, the Prussian surround the French army at Sedan and force the surrender of 104,000 troops and the imprisonment of Napoleon III. Peace terms include the cession of Alsace-Lorraine to Germany, a loss that helps spark WWI.