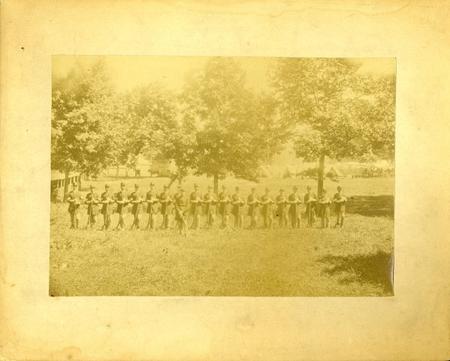 Something of a home museum begins to take shape, and collecting remains a quite

the war’s end, in 1990. That’s when an amazing documentarian, Ken Burns,

launches his monumental TV series, The Civil War, which weaves the period

photographs, movie-like, into a riveting historical narrative. Suddenly some 40

million Americans catch the civil war bug, many for the first time.

Other blockbusters follow Burns. The Shaara book is transformed into a screenplay,

Gettysburg, which appears in theaters across the nation in 1993. Princeton’s famed

professor, James McPherson, publishes his one volume Battle Cry of Freedom in

1994. Novelists join in, including Charles Frazier, whose 1997 book, Cold Mountain,

is converted in 2003 into a popular movie of the same name. The 200th anniversary  of Abraham Lincoln’s birth in 1809 is circumscribed by Doris Kearns Goodwin’s Lincoln: A Team of Rivals in 2005 and by the much acclaimed screenplay which follows in 2012.

For the collector of Civil War photographs, two things follow from all this publicity: competitive interest drives up the ante to buy the CDV’s and whole new marketing channels expand their availability. Auction houses find and offer many seldom seen images, and eBay introduces its daily online service for those addicted to the search.

What comes along with eBay is a much more diverse set of photographs, extending beyond the military men to the American population at large, “we the people,” our homes and occupations, our politics and institutions, our fashions and our entertainment, our triumphs as a nation and our fatal flaws, including our slavery.

And also a new line of inquiry: how could these Americans, who struggled  to create a free and prosperous and unified country for so long, possibly have descended into a civil war that broke the bonds of brotherhood and almost ended the idealistic drive for democratic government?

Why were “the better angels of our nature” silenced in 1861? Why indeed did the apparently civilized people in the photographs kill and maim and devastate each other for four solid years?

In the beginning were the photographs, and the photographs became the book. Of course the war was fought over slavery, but what exactly does that simple explanation imply, especially for those in the North? Were they the white knights in the battle, the enlightened side, fighting to save the Union by freeing the abused Africans and welcoming them into their society? Or were there true motives far darker than that? Were they, in fact, driven more by self-interest then by putting an end to slavery?

Amazingly, after four decades of reading about the Civil War, saying that “it was fought over slavery” was no longer a sufficient explanation.

So began another quest: to walk along with “we the people” from Jamestown in 1607 to Ft. Sumer in 1861 and try to discover how the war actually came about.

This has been a fascinating journey -- with much reading and research, many twists and turns, all leading to a much deeper understanding of how the moral stains of slavery and racism combined with the age-old furies of greed and power to nearly destroy America.

Of course these furies, these divisions within “we the people,” all occurred over 150 years ago, and could not be repeated today.

What follows initially is attendance at occasional week-end shows, where Civil War dealers display and sell their wares, from weapons to uniforms, autographs to images, in daguerrotype to tintype to paper formats. From these shows comes a network of sellers, often with catalogues arriving by snailmail off and on throughout the year.

The collection grows, as does the intellectual curiosity about the war itself.

It is fed by Michael Shaara’s 1974 Pulitzer Prize winning work, Killer Angels, which rewinds Pickett’s Charge into a behind the scenes struggle: Lee versus Longstreet on whether or not to run across 1800 yards of open ground on July 3, 1863, toward cannons ringing the copse of trees.

Period photographs take center stage in William Frassanito’s 1975 book Gettysburg: A Journey in Time and its 1978 companion Antietam. Here are the photos taken at the time of the battles, and here are the precise camera locations on the modern landscape. Good reason to re-visit the sites.

And why not try to buy original CDV photos of all the generals who fought at Gettysburg and Antietam, frame them, and display them on a den wall according to the positions they fought over on the days of battle?

​How This Book Came About 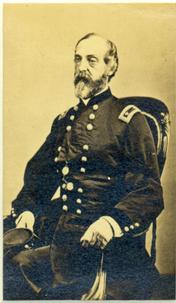 It began with the photo collection.

Almost all people collect something, and it usually starts off casually, on a small scale,  then picks up momentum, and eventually becomes something of an obsession.

Thus it has been with the 19th Century photographs in this website.

Interest in the Civil War period flows from an early childhood set of lead Civil War soldiers, carefully painted, imported from Britain, and played with on an indoor sand table, with miniature infantrymen and cavalry in Blue and Gray, locked imaginatively in mortal combat.

It graduates into hours spent with history books, two in particular – The American Heritage Picture History of the Civil War, with narrative by noted historian, Bruce Catton (1960), and the monumental 10 volume Photographic History of the Civil War, edited by Francis Trevalyan Miller (1911). Here were literally thousands of images of the war, taken by Brady, Gardner, O’Sullivan and other pioneer cameramen, with maps and text breathing actual life and valor into the lead warriors on the sand table.

It weaves a circuitous route into adulthood, marriage, a corporate career, children, and family vacations, not in wished for flights to Disneyworld, rather packed together in a car, off to this or  that small rural town to trek in the footsteps of long forgotten heroes. “Oh no, please not another civil war trip.”

It finally finds its destination in 1986 with a birthday gift from the ever inquisitive great gramma Shirley (GGS) in the form of an original carte d’visite photograph of Major General George Meade.

There he stands, brought back to life in sharp focus, a proud Pennsylvanian, “Old Snapping Turtle” to laggards in his army, who leads the defense of his state at the pivotal Battle of Gettysburg.

From that moment on, the collector is all in, hook, line and sinker.